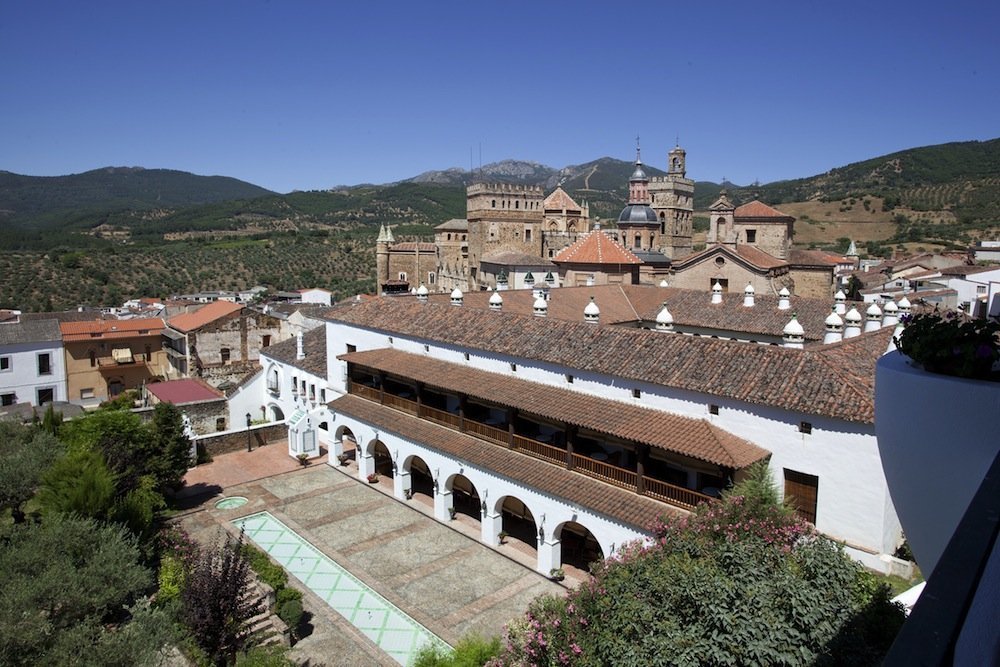 In the framework of the 90th anniversary of Paradores de Turismo de España S.A., we have extended the contract again as the official suppliers for this public chain.

We greatly appreciate the confidence placed in us, since it is a special year for Paradores, which started in 1928 with its first establishment in Sierra de Gredos with a capacity for 30 guests. Nowadays the chain has capacity for more than 10,000 guests distributed over 97 establishments located in 16 autonomous communities. Each Parador has 60 rooms on average as well as the right dimensions to enable a more personalised service and greater quality of the services offered to its guests.

According to our general manager, Félix Martí, Paradores “is the leading hotel chain in cultural and nature tourism. In this regard, it has establishments in nine cities declared to be world heritage sites, over half of the Paradores hotels are located in monumental environments and others allow the guests to stay in national parks and natural areas of special interest in Spain”.

During this 90th anniversary, the public chain will offer unique experiences in several of its establishments, all of them related to its history and the history of the buildings where they are placed.

On March 1st we have renewed our contract with Paradores de Turismo de España, which was signed in March 2016. In this respect, Félix Martí has pointed out “the design, the quality, the strength and the durability of Resuinsa’s products, besides the respect for the environment, since these are criteria that they have always applied for all of their collections to create innovative products to meet the expectations of the most demanding end customer”.

“Thanks to our service Atelier by Carmela Martí, we achieve a unique design and the customization of the linens at the forefront of the latest trends, with which we work all of our products, as theming has become a global trend”, he has added.

Our general manager has also emphasized that Resuinsa has official international certificates “that ensure the quality of the products and the respect of the user’s health, as well as the respect for the environment. R&D&I are crucial for us to be able to continue offering new solutions to the professional market. The road to smart linens and the adoption and use of new technologies have become more and more important, being pioneers in our sector with projects for the traceability of the product and the stock control and management using RFID technology.”

He has also pointed out that Resuinsa works with 8,000 customers from 100 different countries, so “we bring abroad the know-how of the Spanish hospitality. Our country has become a benchmark for hospitality and gastronomy and, in addition, a company like ours is already among the world top five companies in our sector”.

Paradores marks its 90th anniversary and celebrates it throughout this year with very special events, such as gastronomic experiences and exhibitions, including the editing of several commemorative books or open days. Paradores represents a concept of tourism that is unique worldwide, having most of its establishments in unique places, such as historic buildings, convents or palaces and/or exceptional natural areas.

Paradores works with the aim of retrieving and sustaining the historical-artistic heritage through the touristic use of the buildings; encouraging sustainable and environmentally-friendly development; promoting the regional gastronomy and the Spanish cultural destinations; and developing a quality touristic product that becomes the image of the Spanish hospitality and a model of the brand “Spain” on the international stage. Currently, Paradores reaches a total of 97 establishments in Spain and Portugal, with 1.3 million rooms/night and 2.2 million meals served in 2017.