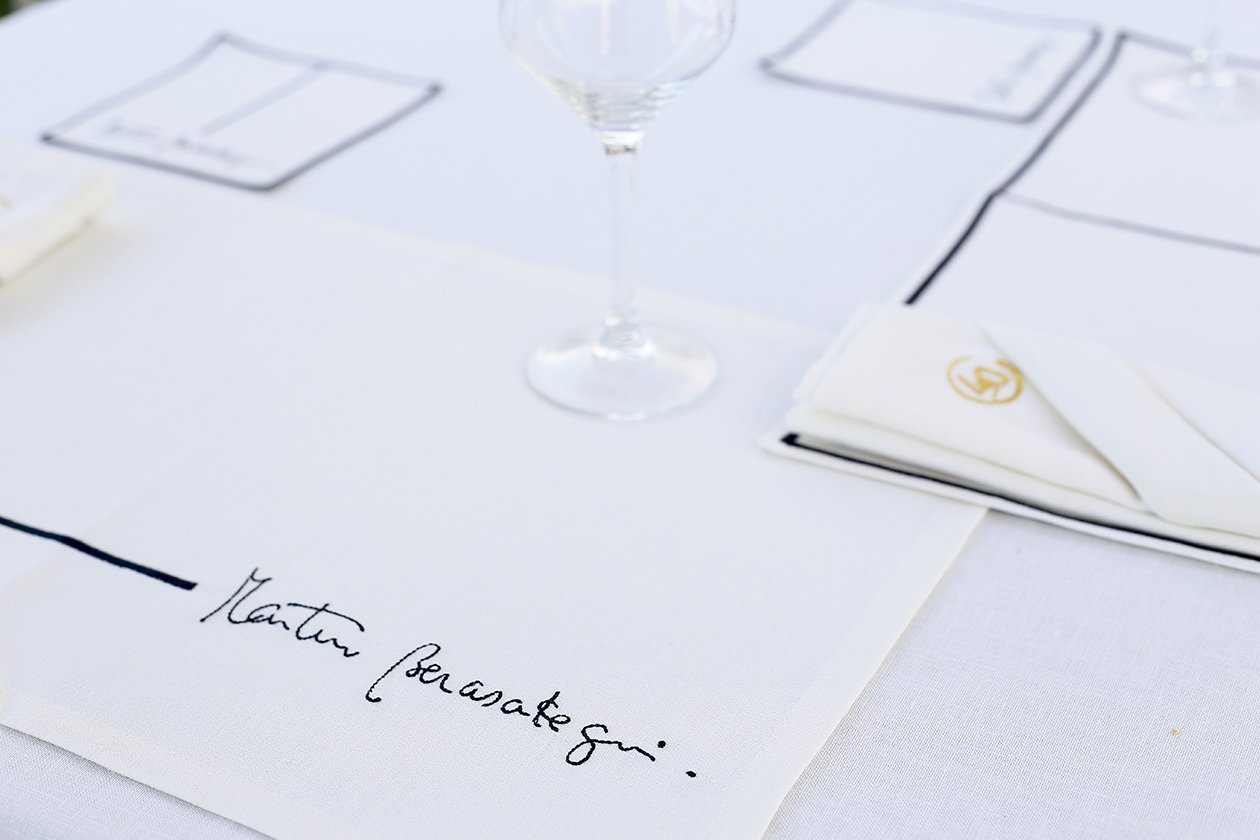 Resuinsa presents the Martin Berasategui Table Linen Collection, as a result of the new collaboration agreement with the 7 Michelin Star Spanish Chef.

Berasategui is the international brand ambassador of Resuinsa, since the celebration of the 40th anniversary of the company.

The Table Linen Collection is designed according to the strong international character of both Resuinsa and Berasategui, reflecting their spirit of innovation and commitment to quality, the hallmarks and pillars for their activity.

Only the best quality is good enough to represent such a great name as Martin Berasategui; natural white linen has been chosen to carry the embroidery of the signature of the Chef.

Values like transparency, teamwork and international projection will endorse the union between Resuinsa and Martin Berasategui, reflected in the design of the table linen collection.