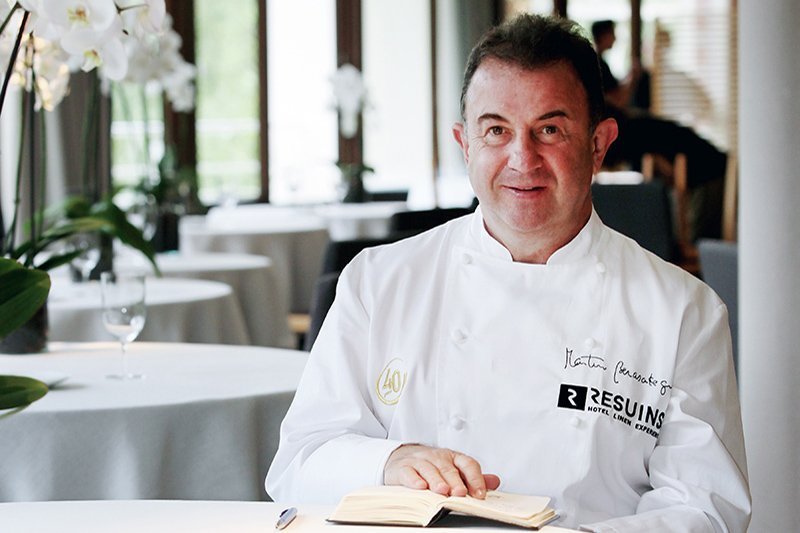 On the occasion of our 40th anniversary, we have signed a collaboration agreement with the San Sebastian Chef Martín Berastegui, who becomes our ambassador in the world from this month of September and for coming years.

The Chef adds international experience and career analogy to the values that have defined Resuinsa’s history. The global projection of Resuinsa, together with innovation, transparency and quality are traits that Martin Berasategui also practices and that have marked our decision for him to be the opinion leader of our new expansion.

“We both began our professional adventure forty years ago and we both pursue international projection and excellence”, states Félix Martí, CEO of Resuinsa. A business vision that is shared with the San Sebastian chef: “Both Resuinsa and we are companies that devote body and soul to the profession, and now we come together to enjoy the professionalism, nobleness and good work that has made us unique.”

Increase presence in new markets and consolidate international expansion complete the essence of the agreement, which will last for the next three years, and whose central character is the only Spanish chef that has seven Michelin stars.